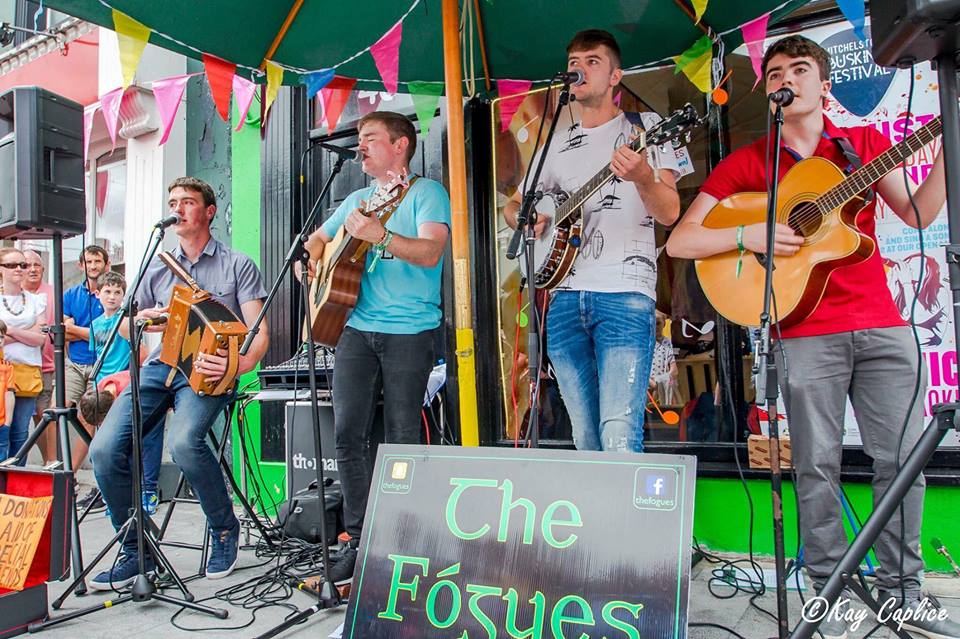 Local Mitchelstown band The Fógues, have released their debut album to give people a fix of their unique blend of trad and craic.

Over the last three years, the band have honed their craft in the pubs, halls, festivals and marquees of Munster, culminating in this, the release of their debut album, titled ‘Long Nights in Pokey Places’, produced by Séamus Hennessy in Monorail Studio, Ballyporeen.

In an interview with The Avondhu, band member Micheál Fogarty spoke about how the band was formed.

“It all started back in 2017. William and myself had been playing for a few years with our fathers and uncles under the name of ‘The Fogartys and Friends’. We were asked to play a gig during June of the summer of 2017 and were unable to commit.”