The Avondhu Newspaper
Home All Opinions My Own John Creedon’s Road Less Travelled: “Within 15 miles of anyone there’s a... 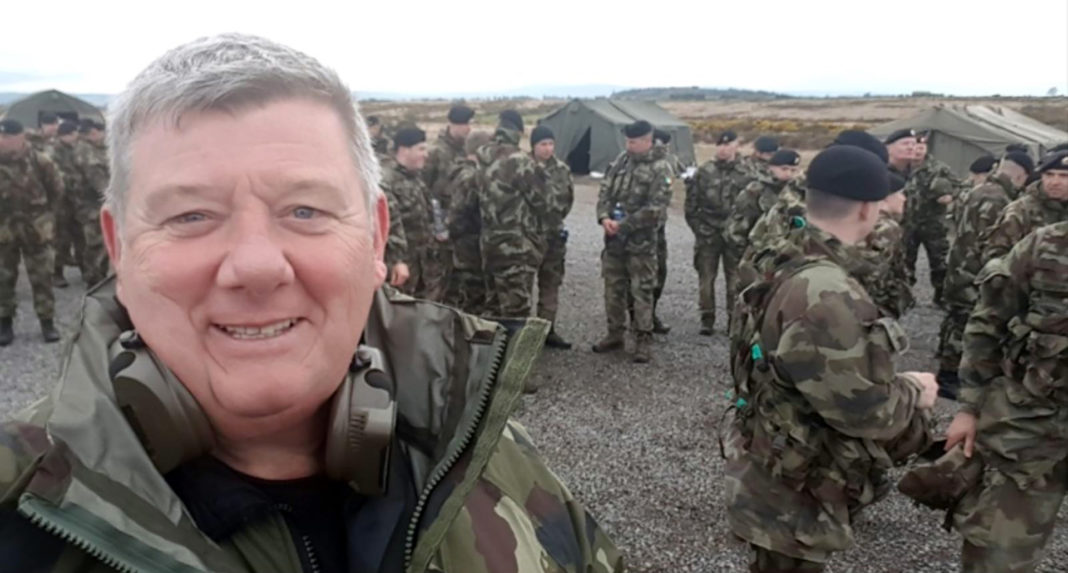 Kilworth is the first stop in John Creedon’s new TV series Creedon’s Road Less Travelled, before he travels to Mitchelstown and along the old Dublin Road. Creedon talks with Donal O’Keeffe about touring the country in Jack Lynch’s old 1967 Mark II Ford Cortina.

“You write for The Avondhu, Donal,” John Creedon tells me. “You know well that within 15 miles of anyone there’s a lifetime’s worth of stories.”

I suppose I do know that, but if ever a phrase summed up anyone, that sums up Creedon, a man with an indefatigable love of people and their stories, and a man who loves to share those stories with the world.

In his new TV show, the three-part Creedon’s Road Less Travelled, he travels roads that were once a lot busier and visits places now bypassed. He’s been doing programmes like this for a while now, but this particular one is Creedon’s own idea, and it’s one of which he’s especially proud.

“When the whole ‘road trip’ thing was first mooted, I was asked what I’d like to do, and I said, now that the motorways have clicked together, sort-of – there’s still Cork-Limerick and a few other little matters to be attended to – I proposed to travel in a sort of parallel universe and take the road less travelled, and go to all the towns and villages along what were once the main roads, just to see how they’re doing.”

This year, Creedon is driving a brand new vintage car, with his previous vehicle, An Sean Van Bhocht, presumably up on blocks.

“My point of departure is Cork, and I thought the nearest we’d get to an Irish car is a Ford, assembled in Cork. I thought a Cortina was a big car, but I forgot that I was only a small boy back then. Whereas I’m a far bigger boy now and it’s a far smaller car!

“What I didn’t bargain on was the car we got is the former Taoiseach’s, Jack Lynch’s old car.”

As Creedon puts it, his journey began with a happy coincidence as he drove through the Jack Lynch Tunnel, heading for Dublin and turning off for Watergrasshill, driving through Rathcormac and Fermoy.

“The first stop was in Kilworth. That was nostalgic, revisiting my old FCA days, remembering being a teenager in the Free Clothing Association, as we called it.

“In my own research, I knew I was young when I joined the FCA, but I found my discharge papers and I discovered that I got – it didn’t say honourable, but it didn’t say dishonourable either – a discharge. I was discharged after five years’ service with the FCA, at the age of 18. So, I was actually 13 when I joined the FCA. So there’s your headline! ‘I was your original boy soldier!’ But needless to say, I wasn’t press-ganged into it, I was a willing participant.”

Did you lie about your age, I ask. “Did I what?” he says, cracking up with laughter. “Sure I lied about my shoe size too!”

From Kilworth Camp firing range, where the Army puts Creedon’s shooting skills to the test, it’s on to Mitchelstown.

“We had a very interesting story in Mitchelstown, one I think Avondhu readers will be very interested in, the story of Mick Meaney.”

The man who buried himself alive, I say.

“Well he didn’t actually bury himself alive, Donal,” says Creedon, in a mild rebuke to my stupid remark.

“I found that story fascinating, and his two daughters were very impressive on it.”

I interviewed John Creedon Friday week ago, in the Green Room in RTÉ Cork. Well. That’s true, as far as it goes. I was in the Green Room in RTÉ Cork, next door to the surprisingly compact set of Today with Maura and Daithi. Creedon was – he claimed – lost on the RTÉ campus in Donnybrook. I wandered in off Father Mathew Street looking for shelter from the wind. Interviewing someone on an iPhone and recording the conversation on a Dictaphone is easier when you can sit down in relative privacy.

I’ve known John Creedon thirty years or more, kind of, since I was a kid listening to pirate radio ERI, back when he went by an alias. I’ve followed his progress through RTÉ radio, when he was sometimes in the early days eclipsed by his of-his-time/before-his-time, gay hairdresser alter ego Terrence, and through his carving out his own niche as a hugely popular presenter on RTÉ Radio One.

I’ve got to know the artist formerly known as John Blake a bit better these last three or four years, since first I started pretending to be a journalist. John is exactly who you think he is, listening to him on the radio, and he’s the most generous interviewee you could meet. He’s a natural raconteur, a gifted storyteller and he’s also a genuinely nice man.

Creedon says there were many trails he had hoped to visit, with a particular favourite of his the drive through stunning scenery from Westport down to Killary Harbour, Ireland’s only fjord, or the Famine walk following the famine trail through Doolough and Louisburgh.

“(RTÉ) decided to go for the three big ones, the Cork – Dublin road, Dublin – Galway and Dublin – Belfast, but I’d love to think that these roads go on forever. I mean, even if you look at the Cork to Dublin road, we left more stories behind on that road than anyone could imagine.

“You write for The Avondhu, Donal. You know well that within 15 miles of anyone there’s a lifetime’s worth of stories.

“Every town, every bridge, has a story,” says Creedon.

The road really does go on forever, and knowing John, long may his journeys, and his quest for stories, continue.