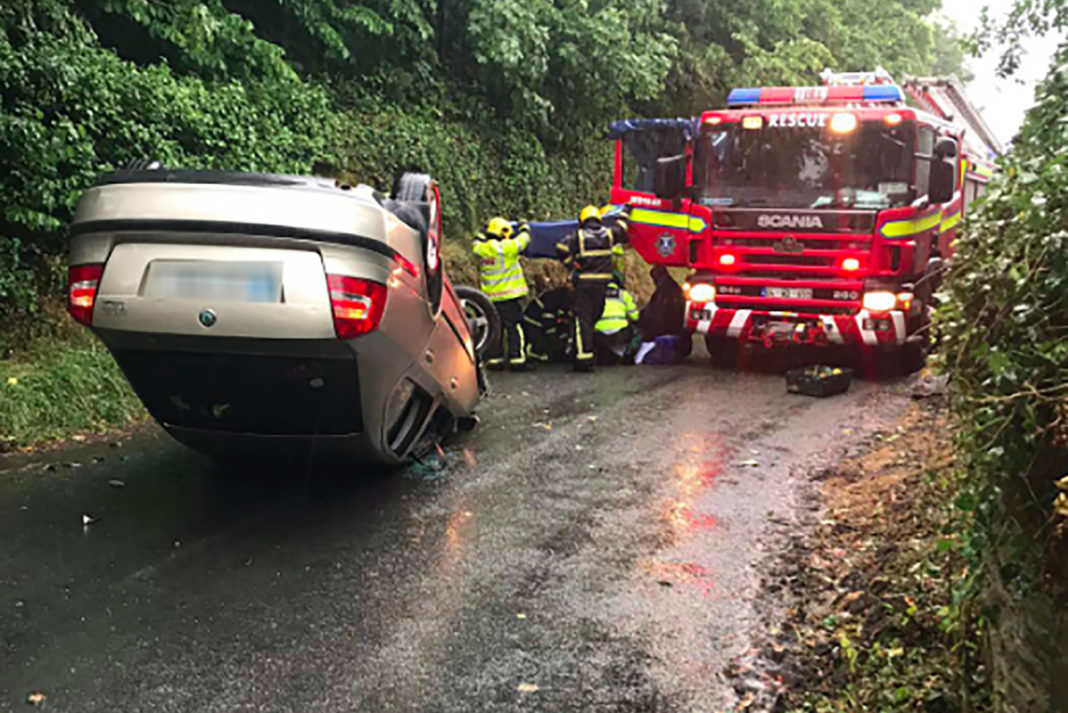 Gardaí, paramedics and fire service personnel from Tallow and Fermoy rushed to the scene to find the Skoda Octavia lying on its roof.

There were two people onboard who were treated at the scene, in torrential rain, for their injuries.

Firefighters held a tarp above medics as they treated one of the injured on the ground by a nearby a fire engine.

A garda spokesman said that the injuries were not life threatening, but in a sinister twist, gardai also found a large knife in the car which was seized.

The driver was also processed for several offences, including being under the influence of alcohol or drugs.

“Thankfully, nobody was seriously injured, but the driver was arrested on suspicion of driving while intoxicated. The disqualified male was charged with drink driving, no insurance and no driving licence.

“A search of the car also revealed a large knife and an investigation file will be submitted in relation to this. Remember, driving while intoxicated kills,” a spokesman said.