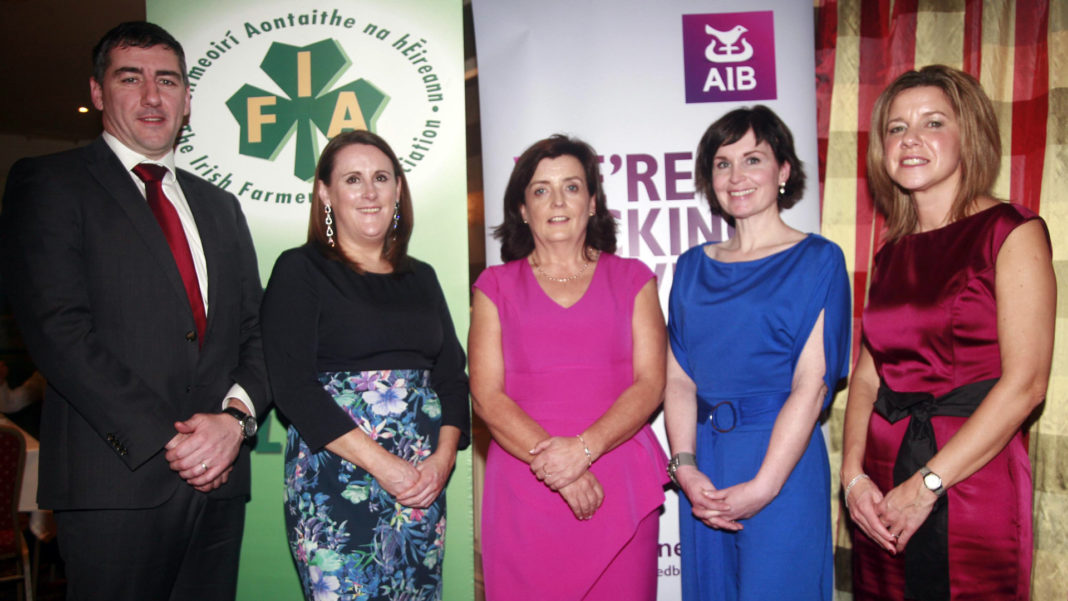 The dinner dance was slightly behind schedule because of interest in the rugby match between Ireland and the New Zealand All Blacks. This historic win put everyone in great form and those in attendance enjoyed a fine meal.

It was a special night for the new North Cork IFA chairperson Anne Baker, a beef farmer from Ballindangan. Anne said she was delighted with the attendance and thanked staff at The Firgrove for their courtesy and expertise. Members of Anne's family also attended.

Music was by Wall Street and the event was very much enjoyed by everyone in attendance.