The Avondhu Newspaper
Home All Opinions My Own How becoming a cleaner town made Fermoy a kinder, friendlier place to... 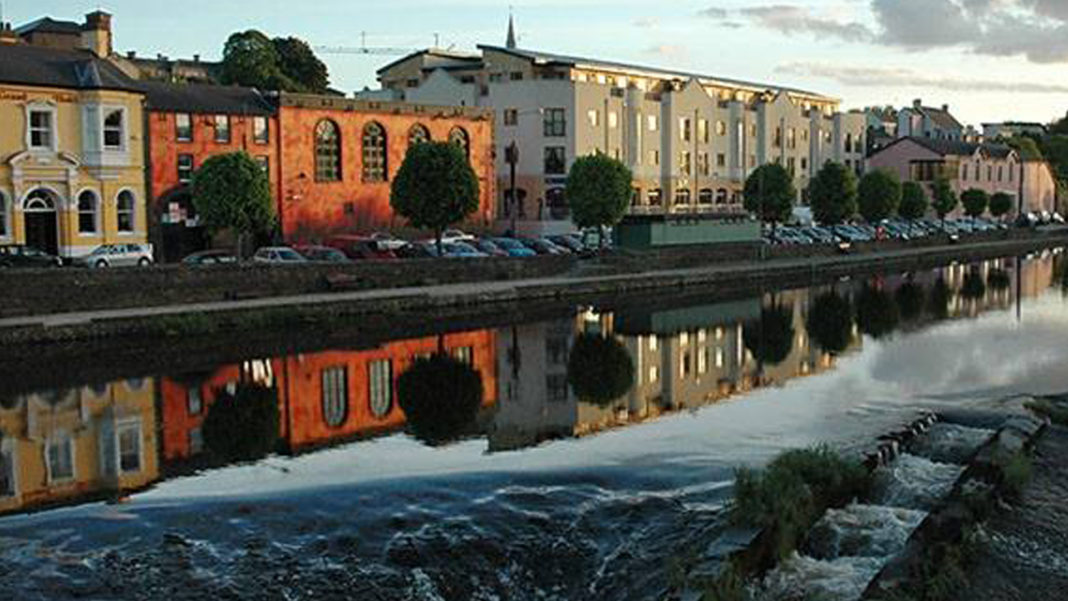 The project 'Fermoy Becoming A Cleaner Town' has transformed the town into a tidier, cleaner, and friendlier place, writes Donal O’Keeffe.

I had a cup of coffee with Paul Kavanagh in Fermoy’s Heron Café two Sundays before Christmas. The café was closing at 5pm, and it was already past that, but the staff told us they were in no rush. It was a cold evening outside, but the Heron Café was nice and warm, and its windows were steamed up, with the lights of the Square sparkling through the dark glass. I was talking with Paul about his work as project manager with Fermoy Tidy Towns, and the coffee and mince pies went well with the chat.

I reminded Paul of a comment passed a few weeks earlier, across the way in the AIB Bank, during the annual 'Fermoy Becoming A Cleaner Town' awards, a remark to the effect that cleaning up the town has really been only incidental, that the true benefit has been that Fermoy hasn’t had this much community spirit in years.

“Well, look,” he said with a laugh, “what we’ve done is we’ve reinvigorated the place, and we’ve restored a sense of civic pride in the town. Now, if someone sees someone littering, they’re inclined to do something about it. That can vary from telling the person to stop littering, to picking up the phone and telling one of the volunteers, to – and maybe this is best of all – parents educating their kids that littering is not acceptable behaviour.”

That had been an interesting night, back in late November, when the AIB hosted the town’s now annual awards ceremony. When I had arrived outside the bank, the event had already been under way for an hour. It was a cold evening, and a crowd of 50 or more had gathered on the pavement. The bank was full, with the first half of the awards ceremony dedicated to awards to local businesses, and the second to streets, schools and estates.

Standing outside, I cracked a joke about a run on the bank, and someone else did the same a few minutes later. One local, standing on tippy-toes to see in the window, suggested that half the town must be in there. Someone else replied that if they were, then the other half must be out here freezing their arses off in the street.

Soon enough, though, room was made, and seats found for nearly all. Space was at a premium, but atmosphere and good humour abounded. Fermoy had just been declared the cleanest town in Ireland in the most recent Irish Business Against Litter (IBAL) survey, and that success was due in no small part to the hard work of the people attending the awards ceremony.

“We started on the journey of making Fermoy a cleaner town just five years ago,” Paul Kavanagh told the assembled crowd. “We are all volunteers and with the co-operation of many different groups we have been successful in changing people’s bad habits into good habits.”

With Fermoy currently top of IBAL’s league table, he said the town would learn soon if it had won IBAL’s annual national award, expressing cautious optimism that the town would – at the least – do well.

The awards ceremony was designed to give every estate, community and street in the town a stake in improving the overall tidiness of the town, and the awards – beautifully-designed plaques – were sponsored by the McCarthy Insurance Group. Time and again on the night, Charles McCarthy was singled out as a tireless supporter.

As someone who has lived in Fermoy for 30 years, I thought I saw a genuine sense of civic pride in that room, especially as each award was presented, and a feeling of a community more alive than it had been in years.

One highpoint of the evening was a special award for Patrick Street homeowner Maura Young, who owns a historic building, Young’s shop. The premises has been freshly-painted, a renovation which accentuates the building’s magnificent shop-front, which is adorned with brown and green tiles decorated in an intricate art deco motif, and which bears the legend “BEST HOME FED MEAT”.

It’s a beautiful building, one entirely unique to Fermoy, and an essential part of the town’s character. It’s great to see it looking so well.

An award was given too to Stephen Fenton, who has opened recently a new barber shop, Fenton's Blackwater Barbering, on O’Neill Crowley Quay. Stephen has kept on display the original glass shopfront sign which was only recently revealed to read “White’s Medical Hall”. It is small details of craftsmanship and beauty such as this which give a place its own charm, and which make towns into homes.

Much of the work of 'Fermoy Becoming A Cleaner Town' has focussed on Irish Business Against Litter. IBAL was founded in 1996 by Fermoy native Dr Tomás Cavanagh, and in its two decades plus, it has gone from strength to strength.

An essential part of Fermoy’s efforts has been the introduction of flower-pots and window-boxes all over the town, and volunteers have been very visible watering those flowers, as they do their evening rounds cleaning the streets of the town. Another aspect has been the painting scheme, which has seen over 100 buildings renovated.

“Grants have been made available by Cork County Council,” Paul told me, “and we would hope the Council will continue its very generous sponsorship into 2019.”

In the bank, the night of the awards ceremony, I spoke with another volunteer, Kenneth Barry.

“Cigarette butts are still our biggest problem,” he told me. “Workers and customers slipping out of premises for a sneaky fag and dumping butts on the pavement.”

Bearing that in mind, Ken told me, more premises are being encouraged to add outside cigarette bins. As we spoke, a county councillor was heard to wail: “Bin Town, Bin Town, we'll be known as Bin Town!”

That drew a withering reply from one volunteer, a response which was met with some laughter: “Better Bin Town than Shit Town”.

“We’re here to listen to people’s concerns,” Ken told me. “People tell us where they need assistance, where flowers might look nice, where a litter or dog fouling bin is required, or signage, and when we respond, they're delighted.”

Over the past few years, volunteers have undertaken several restoration projects, most recently unveiling a plaque marking Fermoy's old Fair Field and its stile. Next year will see a restoration of the old signal box at the Station House in St Bernard’s Place.

Paul Kavanagh says he reckons the younger generation doesn’t even know there was a railway station in Fermoy up until 1967: “That will change in 2019, as we plan to devise a heritage trail for the Fermoy app.”

A monthly town co-operation meeting is chaired by Fermoy's Municipal District Officer, Pauline Moriarty. It’s made up of representatives of Fermoy Tidy Towns, Avondhu Blackwater Partnership (a community employment scheme run by Vincent O’Flynn) and the Avondhu Image Improvement CE scheme run by John Feeney. Every meeting addresses problems experienced in the previous month, highlights areas which need intervention, and plans ahead for future projects. This is a partnership, Kavanagh says, that has shown huge dividends for the town.

And then there’s “The Phantom Dumper”.

As we finished our chat, Kavanagh told me about the mysterious local person who dumps rubbish around the town but who is always sure to have their waste and recyclables sorted carefully into Centra bags: “We’ve captured him in silhouette on camera, but we haven't caught him yet. We could tell you what he has for his dinner!

As we made our apologies to the staff of the Heron Café, I asked Paul Kavanagh if he had any final thoughts on the 'Fermoy Becoming A Cleaner Town' project.

“Well, there has been a serious up-tick in business in Fermoy over the past two years. We set out to complement that, and to drive it on. We wanted to make Fermoy a better place to live, work, visit, shop, and invest in, and I think we’re doing that.

“Is there more to do? Of course. But right now we’re the cleanest town in Ireland, and we have no intention of resting on our laurels.”

The first prize in the IBAL league is a sculpture worth €50,000. Fermoy will know by next week whether it has won. Either way, Kavanagh says, the town has its pride back and that’s worth more than any prize.

“We’ve a lot of plans laid out for the next few years. People care about their town again, and that’s more important than winning anything.

“Civic pride has been restored, and the town is looking cleaner than it has in years. People have serious pride now and they like to be able to say ‘That’s us. This is our town’.”