The Avondhu Newspaper
Home All Opinions My Own Five animal carcasses and several barrels of blood – just another day... 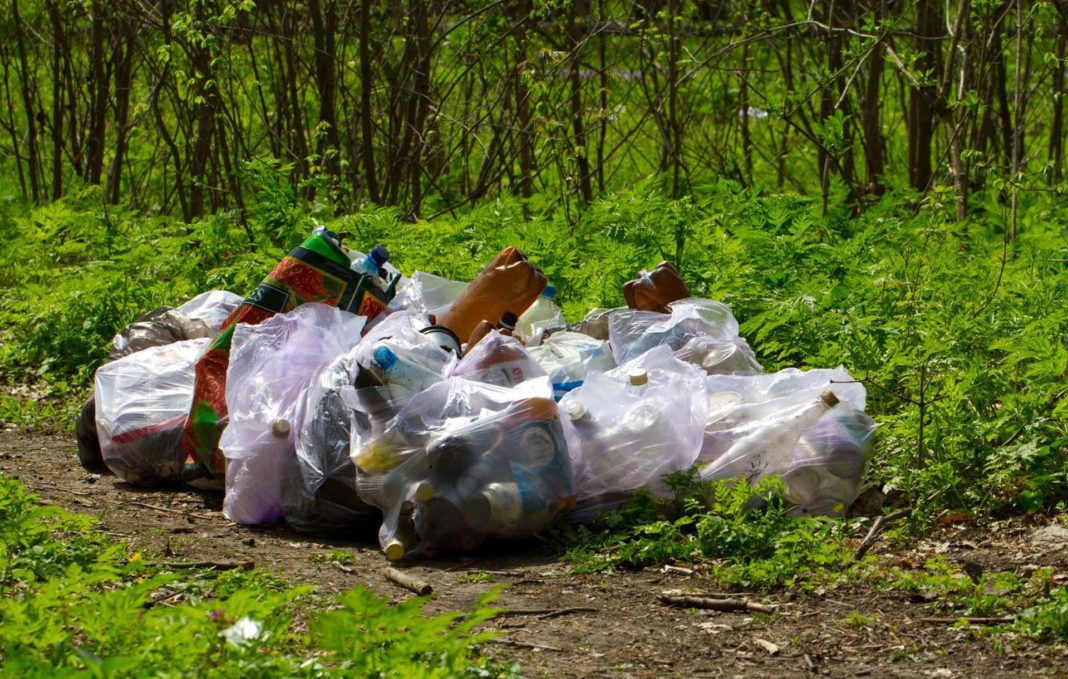 It’s three years now since I first took a drive with John Mulvihill along the boreens and byroads up towards Mountain Barracks.

John works as a private contractor for Coillte, the semi-state company which manages Irish woods and forestry, patrolling dumping black-spots and, through modern technology and old-fashioned detective work, bringing to justice those who despoil our countryside.

There’s some truly beautiful scenery in the hills above Kilworth. Do yourself a favour some evening and take a spin up there. You’ll see spectacular views of North Cork, West Waterford and South Tipperary.

On a glorious summer evening, John and I took a bumpy spin around a ring road which had been previously a haven for dumping. Earlier that year, John had taken a successful prosecution against someone who dumped several bags of household waste up here. She was fined €1,300 and had to pay the full cost of the clean-up too.

Leaning against a gate, John and I looked south across the fields to the gentle bowl of the Blackwater valley. Away in the distance, past Kilworth and Fermoy, was Corrin Hill, a tiny landmark against the huge, clear sky. Left and right, the ditches and hedgerows were alive with colour and life. Foxglove, thistle, wild barley and heather. Behind us whispered, of all things, a eucalyptus forest, an experimental Teagasc plantation.

“What I don’t get,” John said, “is why anyone would want to ruin this”.

Hopping in John’s van, we headed a couple of miles to the north, before coming to a sudden clearing. There, below us, rolled the patchwork foothills of the Galtees, the mountains away in the distance, awash in sunlight. Tolkien country.

From there, we drove through forestry still bearing the scars of winter’s storms; past white trunks snapped like twigs and fallen trees with the wheel of their roots standing exposed.

It was in those woods that John had recently found five animal carcasses and several barrels of blood. As we rounded a corner, we spied several black bags of domestic rubbish. The bags had been torn open by animals and the contents scattered around the forest floor. For John, it was just another day in the office, going to work tidying up the mess and trawling for traces which could identify the dumpers and form the basis of a successful prosecution.

In the years since, I’ve written many times and for several publications about John and his one-man war on litter. Only two months ago, I had my first front page story in The Avondhu courtesy of John. Well, to tell you the truth, I had been on the front page before but it was in a story about my small part in the never-ending fight to save Fermoy weir from Inland Fisheries and the now-decommissioned-and-verifiably-beyond-use councillors from the Tallow Road Waffle Factory. Trust me. It’s a lot nicer to be writing the front page news than to be appearing in it.

John Mulvihill patrols a huge area of Munster for Coillte, part of a team which monitors litter black-spots and which, employing an up-to-the-minute network of hidden cameras, helps catch those who illegally dump their waste.

John’s beat covers stretches from Clonakilty, up past Rockchapel and across to Charleville, taking in the Ballyhouras, Aherlow, and Tipperary Town, and on then to Clonmel, down to Dungarvan and back again to Clonakilty. And all points between.

Nationally, Coillte manages over 445,000 hectares of forestry, almost 8% of the land cover of the Republic of Ireland. In 2015, Coillte sold 1.34 million cubic metres of logs to sawmill customers in Ireland. Coillte replaces every felled tree, and last year it planted 14 million new trees. Which works out at about 20,000 trees planted every single hour.

That increase in profit might seem remarkable in itself, but the key thing to remember about Coillte is that it only has two shareholders: the finance minister and agriculture. Which means — seeing as both Michaels Noonan and Creed work for us — Coillte is owned by you and me.

Coillte manages our forests on behalf of and for the profit of the citizens of Ireland. In doing so, Coillte ensures that we — as the owners of our forests — can walk the length and breadth of our property, free of charge, pretty much any time we wish.

Over 18m people visit our woods and forests every year. Which is brilliant and as it should be, but unfortunately Coillte faces a growing problem in that some of those visitors are bringing their rubbish with them and leaving it after them. This varies from the contents of a car’s ashtray or the remains of a family picnic, to wholesale dumping of domestic (and sometimes industrial) waste.

Annually, Coillte spends approximately €450,000 on cleaning up and removing litter from forestry. That works out at roughly a euro per hectare. In Cork alone, clean-up and removal of litter costs on average €40,000 per annum. To tackle this, Coillte is investing in preventative measures. That’s where John and his hidden cameras come in.

We own our countryside. That is both a privilege and responsibility. Those of us who love its beauty appreciate the great gift we have been given. Coillte says those who despoil our countryside will be caught and prosecuted.

This Thursday evening at 9.30pm on RTÉ1 (assuming Enda doesn’t put Simon and Leo out of their misery by actually announcing his retirement as leader of Fine Gael) John Mulvihill will feature as part of a Prime Time report on illegal dumping.