The Avondhu Newspaper
Home All Opinions My Own Fermoy Weir campaigners: “If we didn’t have this petition, we would have... 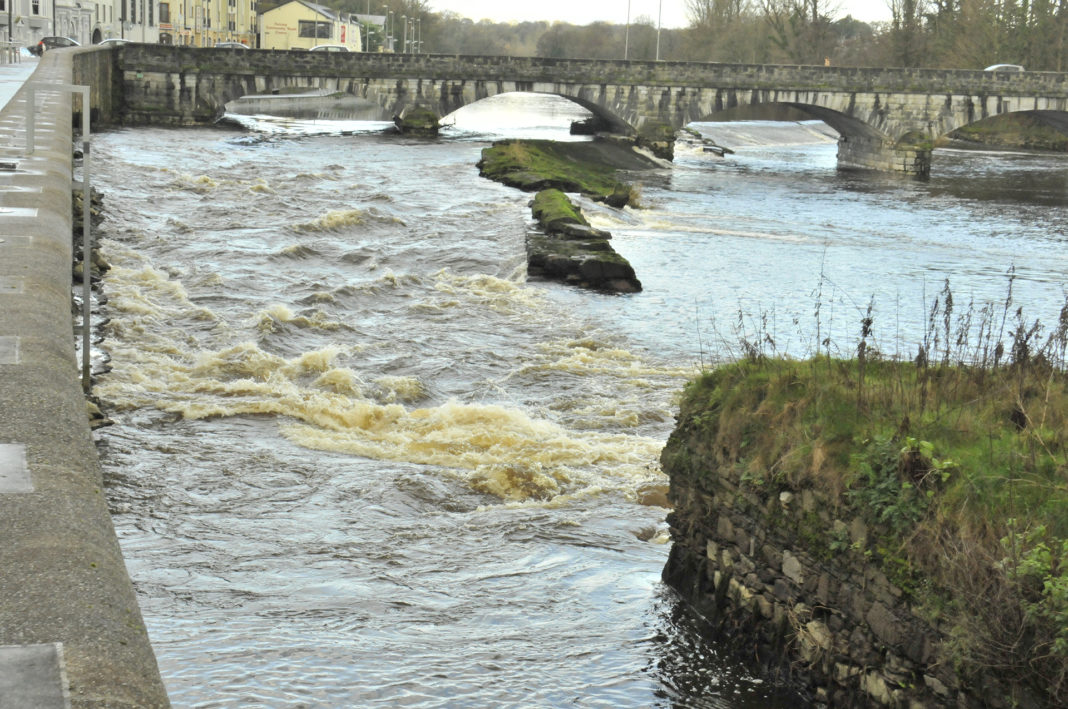 The Oireachtas Public Petitions Committee can’t repair Fermoy Weir, but perhaps it can hold to account those who have endangered it, actively or by neglect, writes Donal O’Keeffe.

There was a moment in the Grand Hotel, not long ago, when a visiting minister promised those campaigning to save Fermoy Weir that everything would be done to help. The minister then hopped in his car and headed for Dublin, never to be seen again, and the senior civil servant metaphorically cracked his knuckles, put the lie to both parts of ‘civil servant’, and showed the local eejits who was and always will be in control.

Last week those local eejits got a sense that maybe those who have presided over the destruction of Fermoy Weir, by action or inaction, can be called to task after all.

Seán Sherlock TD (Labour) is chairman of the Oireachtas Public Petitions Committee, but he couldn’t be in Leinster House last Wednesday when members of the Save Our Weir Save Our Salmon group were before the committee. To be fair, his wife had just given birth to their second child, and excuses really don’t come any better.

It was Sherlock’s idea that the long-running weir saga be brought before his committee, which has statutory powers, and there was a certain symmetry to that. I can recall being upstairs in Fermoy Rowing Club for one of the very first meetings with government and fishery board officials more than a decade ago, when we were told Fermoy Weir would have to go.

From the back came one voice asking persistently, awkwardly, pointedly, why the weir had to go, where was this agenda coming from, and who was behind it. From memory, I don’t think Sherlock was a TD then, perhaps he was still a county councillor, but he’s been plugging away at this since the beginning.

Deputising as acting chairman in Sherlock’s absence was, appropriately enough, his constituency colleague Pat Buckley TD (Sinn Fein) and he did a fine job. Buckley serves with Sherlock on the Public Petitions Committee. Sitting in as a guest was their fellow Cork East TD, Kevin O’Keeffe (Fianna Fáil).

The fourth Cork East TD, Minister of State for Equality, Immigration and Integration, David Stanton, told me afterward that ministers attend committees at the invitation of the chair “either to process legislation or to engage on a matter for which the minister has responsibility. I received no invitation. … I will continue to lobby strongly both at County Council and national level in order to advance matters.”

Paul Kavanagh and Tommy Lawton appeared before the Public Petitions Committee, and the view from the cheap seats in the public gallery was they did a tough job with grace, intelligence and passion, calling on the committee to demand that repairs be carried out on Fermoy’s historic weir.

They told the committee the weir was badly damaged when flood relief works were carried out in-river. Paul Kavanagh said the major obstacles to repair work on Fermoy Weir are the failure of Cork County Council to commit to funding those repairs, and Inland Fisheries Ireland’s belief that “all weirs are a hindrance” to fish passage.

He noted that fish stocks, notably wild salmon, had been depleted by overfishing at sea.

“The claim that the weir should be removed because it has prevented salmon from migrating upriver can be totally discredited by the fact that the official surplus for the Blackwater in 2018/19 is in excess of 7,200 fish, which is back up at 2008 levels.”

Informing the committee of Inland Fisheries’ proposal to build a new fish bypass channel – the addition of which would bring the total cost of works on the weir to a reported €4.5 million in the Triangle Field on the Fermoy Blackwater’s north-western bank, he said: “We have yet to see the plans of this channel despite several requests, and as a result have no idea of what is planned or what its effects will be on future water levels upriver. We feel this new channel is unnecessary, and a waste of taxpayers’ money.

“Why is a weir, that has functioned efficiently for over 200 years, all of a sudden causing concern? Just repair it!”

Calling for a temporary water-filled boom to be installed at a cost of less than €50,000 upriver from the bridge “to restrict water flow (which) will allow our clubs to operate in some bit of normality for the coming summer”, Paul Kavanagh said this was the last chance to ‘save the summer’.

Tommy Lawton made the spot-on point that the Central Fisheries Board and Inland Fisheries Ireland, have failed to come up with a viable repair plan for the weir over the past 20 years “because the only real plan they had was to put in a rock ramp pass”.

He added: “This would have necessitated the removal of a listed, protected structure, which the people of Fermoy oppose outright.”

He said the current impasse means Fermoy regatta is likely to be cancelled for the first time in 80 years, while thousands of river-users will not have access to Fermoy’s Blackwater.

From the outset, committee member Senator Lynn Ruane (Ind) was extremely supportive, as was Leader of the Seanad Jerry Buttimer (FG). Committee members Brendan Ryan (Labour) and Eugene Murphy (Fianna Fáil) asked intelligent, probing questions, and showed a genuine engagement with the issue and with the Fermoy delegates.

Paul Kavanagh ended the formal portion of his and Tommy Lawton’s presentation to the Oireachtas committee with an honest and emotional admission:

“Nobody is confirming anything to us; it’s all hearsay and rumour. We are not politicians or civil servants, but volunteers who are worn down by the run-around we are getting.”

As I headed home on the train from the committee sitting, I spoke on the phone with proud new second-time father Seán Sherlock.

“As chair of the Petitions Committee, it was always my intention to invite local stakeholders like Paul and Tommy to address the committee, and they did a very fine job,” he told me. “Our next step will as a committee, be to invite the powers that be to give an account of why this situation has not been resolved.

“I look forward to chairing the next round of deliberations on this matter. We need to resolve this, and money needs to be made available by government and by the local authority, or else we are looking down the barrel of a gun for fishing and for rowing interests in Fermoy.

“It’s that stark a reality.”

As this column goes to press, Paul Kavanagh confirms that Cork County Council has said putting a boom on the river could only be done in the context of repair works to the weir, Inland Fisheries Ireland will likely oppose it every step of the way, and the soonest it can be done is in nine months time.

The sooner we haul Cork County Council, Inland Fisheries Ireland and the Office of Public Works and their sorry asses in front of Seán Sherlock’s Oireachtas Committee for a serious grilling, the better.