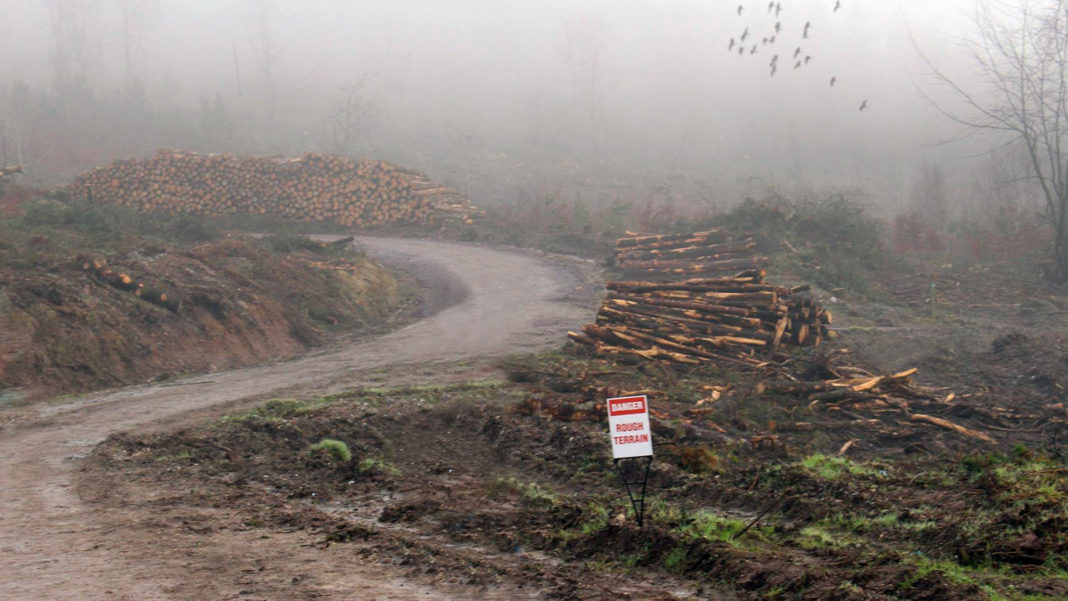 There were concerns raised during the week about the large number of trees, both immature and mature, which were cut down at Corrin.

On enquiring, The Avondhu was informed that these trees were all diseased and therefore, cutting is the only way to prevent the spread of such crop diseases.

The Avondhu spoke to the National Estate Risk Manager for Coillte, Mick Power during the week who explained that the trees in question were affected by a disease called Red Band Needle Blight which is caused by the fungus Dothistroma septosporum.

Mr Power explained that this disease is found in trees all over the world but it is not widespread. Trees in Strawhall were also cut as they were affected by the same disease.

Coillte are regulated by the Department of Agriculture who are in turn regulated by EU law. As a result, Coillte is obliged to constantly survey trees in their forestries for notifiable diseases and to deal with them accordingly and as soon as possible to prevent the spread of such crop diseases.

Mick Power also explained that Coillte have an responsibility to prevent the spread of such diseases from Coillte forestries to the private sector.

Mr Power was very aware that Corrin is often used as a public amenity for walking and recreation and that the cutting of the trees would have an effect on that amenity for the general public. “We put a lot of thought into that,” he said, but explained that in order to kill the disease the trees had to be cut.

The harvesting is complete but the timber from the trees is still stacked beside the pathways at Corrin.

However, we are informed that the timber will be collected shortly by the buyer.

Furthermore, Mr Power would like to reassure the public that the areas will be replanted.