The Avondhu Newspaper
Home All Opinions My Own In the Darkness on the Edge of Town, Springsteen’s Depression is not... 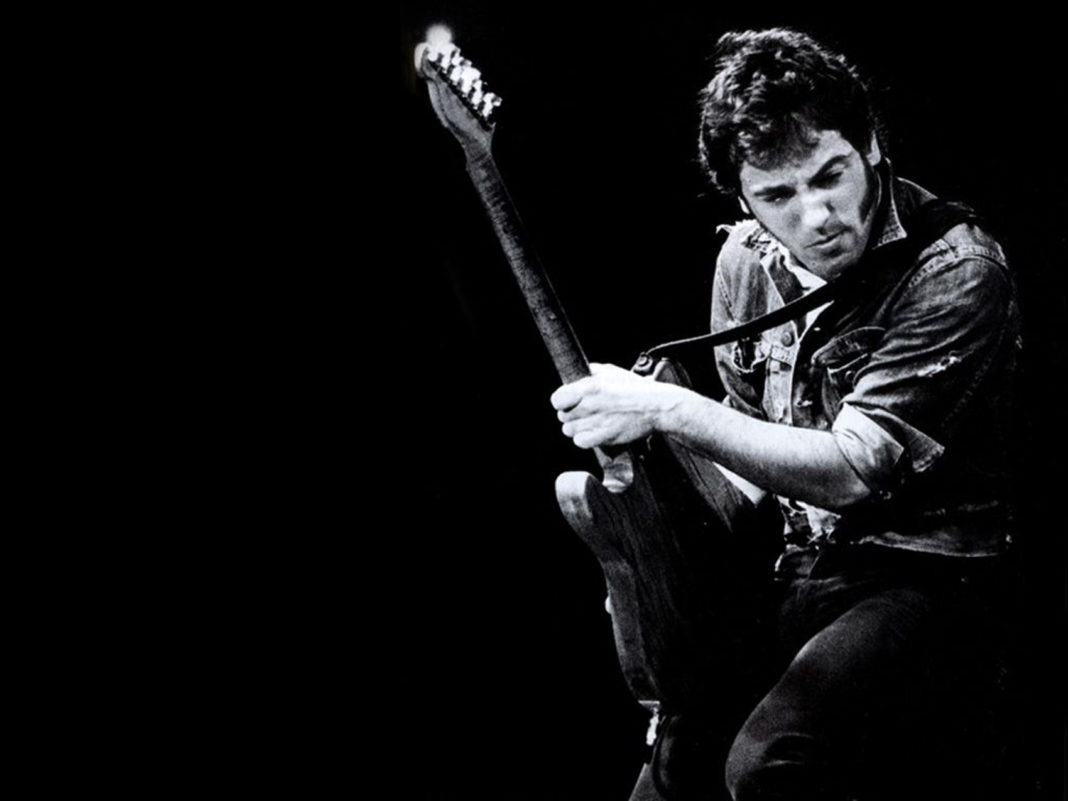 That a celebrity has depression is not the story, writes Donal O’Keeffe, the story is that the celebrity is telling the world about his depression.

“I was crushed between (the ages of) sixty and sixty-two, good for a year and out again from sixty-three to sixty-four,” the sixty-six year old man says of his depression.  “Not a good record.”

He says that his wife – with him nearly three decades – has come to know the signs. She “will observe a freight train bearing down, loaded with nitroglycerin and running quickly out of track.” At that point, he says, “she gets me to the doctors and says, ‘This man needs a pill.’”

He could be anyone, but this sixty-six year old man is globally-famous and a multi-millionaire. He is, literally, a household name.

He is beloved by millions.

His fans consider him part of their lives and they turn out in their hundreds of thousands, again and again, for him.

He has just completed the year’s most financially-rewarding world tour and he is happily-married to an accomplished musician and song-writer. Together they have three children who have all excelled in their own fields of endeavour.

And yet he is ground down by depression.

Depression which steals from him entire years of his life.

And that’s not even the important part of this story. After all, we all know that depression and mental illness can hit anyone, from any walk of life, at any time. We all know about England’s King George III and his so-called ‘madness’.

The man about whom I’m talking here has expressed before, at least twenty-four years ago, his discomfort at talking about his unhappiness, especially given his own extraordinary success and good fortune.

“Now a life of leisure and a pirate’s treasure
Don’t make much for tragedy
But it’s a sad man my friend who’s livin’ in his own skin
And can’t stand the company”.

To me the most important part of this story is that a man with a global following has chosen to tell the world that he suffers from depression.

“And the name of this young man,” to steal a line from the wonderful Randy Newman, “Is Mister Bruce Springsteen.” Springsteen recently spoke at length to Vanity Fair about his depression and his troubled family history.

Ah, yes, the cynic might say, the same Bruce Springsteen who has a book out at the end of the month. Talking about depression is surely a great way to get headlines ahead of its release and this is why he’s only come out now to say this.

Except this is not the first time he has come out to talk about his depression. In 2012, Springsteen spoke at length to The New Yorker.

“Ah yes,” the cynic will say, just as defiantly, “Didn’t Springsteen have an album or something to promote then, too?”

Yes he did. He was promoting what was to be the commercial and critical smash “Wrecking Ball“. That said, I am very old and Bruce Springsteen has had something to promote since before I was born. Also, cynicism will eat you alive if you let it.

In 2012, Springsteen told The New Yorker that he has been in therapy since 1982, when he felt overwhelmed by self hatred, suicidal thoughts and the fear that he had inherited his father’s depressive self-isolation.

Obsessed with the unhappiness of his childhood and his fractious relationship with his father, Springsteen would drive at night past his parents’ old house in Freehold, New Jersey, doing this several times a week, over a period of years.

Many years later, Springsteen introduced “My Father’s House” to concert-goers with a story about what his therapist had told him about his night-time trips back to Freehold.

“He said, ‘What you’re doing is that something bad happened, and you’re going back, thinking that you can make it right again. Something went wrong, and you keep going back to see if you can fix it or somehow make it right.’ And I sat there and I said, ‘That is what I’m doing.’ And he said, ‘Well, you can’t.’ ”

It’s a point worth making that depression is a clinical condition and as such it could actually do with a better name. After all, you can apply the word “depressed” to someone who is a bit down because their football team lost and to someone who is crippled by a debilitating mood disorder. This can lead to a lot of the ‘pull yourself together’ advice which gets thrown by people who blithely think ‘Sure everyone gets a bit down now and then’.

I’m now going to do something that you rarely see in an opinion column: I’m going to confess that I don’t know what I’m talking about. I don’t suffer from depression. I’m one of those people who get a bit down now and again (and I’m not making light of that: it’s not a pleasant thing to be upset, or unhappy or just plain miserable) but I don’t suffer from depression and as such I cannot pretend any special insight on the subject.

I would recommend that you take a look at this piece my friend Anne-Marie Flynn wrote for World Suicide Prevention Day a few years ago. It says far more about mental health than I ever could and says it better too.

We all know that talking is often the best first step to dealing with any problem and that’s true of mental health too. That said, it’s not always an easy thing to reach out when you’re in trouble, any more than it’s always easy to reach out to someone in trouble, even if you do spot the signs.

Springsteen says his colleagues in the E Street Band had no idea of his depression even as he recorded with them the “Wrecking Ball” track “This Depression“, even though it’s a song written by a man who says he has ‘been lost but never this lost’.

I think we can all accept that there is still a huge societal stigma around depression. I think we all know that – despite some progress in recent times – mental health remains something of a taboo subject in polite society.

I honestly believe that Bruce Springsteen has no other reason in this life to talk about his depression than to help break open stigmas and taboos about mental health and to look after people who are not as privileged as he is.

I admit that I have no proof of my theory beyond every single Bruce Springsteen album I have ever listened to since my favourite teacher, the late Oliver Ryan, told me – a million years ago – to look past the bombast of “Born in the USA” and to – in Ollie’s words – “Listen to the lyrics.”

Springsteen has always been about the little guy, the person in trouble, the person most in need of a hand up.

What would even be the point of being Bruce Springsteen if you couldn’t stand up for those most in need of help, even if perhaps that includes – for all your wealth and success – yourself?