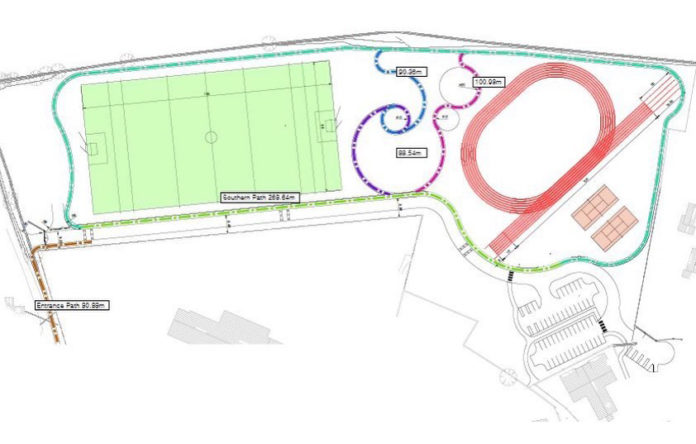 A contractor has been appointed to carry out the next stage of works on Rathcormac’s Community Park and Sports hub, according to a recent announcement by the village’s community council.

On Sunday last, a spokesperson for Rathcormac Community Council stated that a ‘Phase 2 contractor has been appointed,’ going on to note that work would commence on the project ‘as soon as restrictions are lifted’. The community group also expects the project to last approximately six weeks in total.

Previously, a member of Rathcormac Community Council had confirmed to The Avondhu: “This phase will include the walking / running path, the tarmacking of the road and car-park and the road lighting and outdoor exercise equipment.”

In February, RCC provided an estimated cost for works delivered under phase 2 of this project, which they deemed to be in the region of €250,000.

The community council added: “It is our hope and intention that phase 3 tendering will begin shortly after the completion of phase 2.”