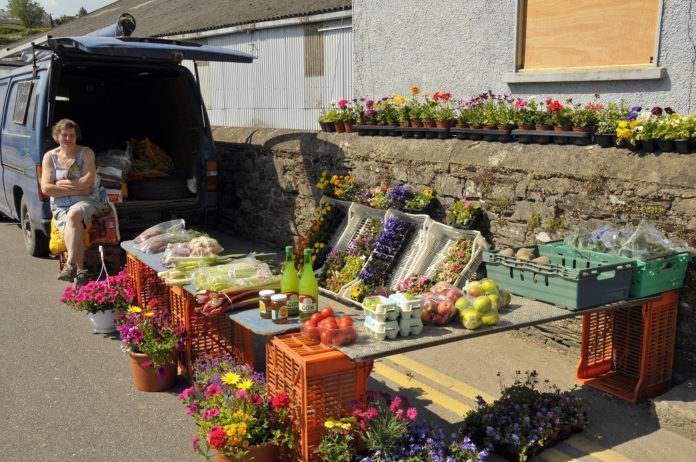 Many Fermoy people will know of Shirley Long, who has a stall of fresh fruit, vegetables and other local produce every Friday morning by the old mart in Fermoy.

The stall was started by Shirley’s parents back in 1979, who began their trade by selling apples. It then progressed into a bigger stall with more variety in the early 1980s. They sold at many local locations including Fermoy, Midleton, Dungarvan and Tallow and it was most certainly a family affair.

“Once we got our communion, we were on the road,” said Shirley.

Shirley took over the running of the stall three years ago with the hopes of keeping the family tradition alive. Every penny is hard earned as Shirley rises early on dark, frosty and cold morning to face her day's work, but explained that once you sit into the van, you’re ready for whatever the day may bring.

Shirley admits that it's tough to compete with the big supermarkets who are selling fruit and veg at extremely low prices but Shirley has plenty of regular customers who appreciate the high quality of product they are buying.

“It’s fresh from the ground,” said Shirley. “My brother grows a lot of it and so the customer knows what they’re getting.”

The produce is so fresh that much of it will last more than a fortnight and there's no comparison to the flavour, Shirley says. What makes it all worthwhile for Shirley is meeting the customers, chatting to them and hearing their positive feedback. She has many regular customers who return week on week but she often has a passersby who will stop to buy a few things also, especially in the summertime.

“There was a family from France in the summer came and bought some potatoes and they loved them so much they brought a bag of them home with them to France,” she said.

It's moments like that that make it all worthwhile for Shirley and makes her proud of her produce and her work. As the family business has been passed down organically through the generations, Shirley feels a loyalty to it and hopes it will continue into the future.

“I’d hate to be the last one to leave it go. I’d hope my small boy would take it on,” she explained.

Shirley is a busy woman as she is on the road with the stall four days a week. She’s in Corrin in Fermoy on Tuesday, in Midleton on Thursday, in Fermoy on the Mill Road on Friday and in Tallow on Saturday.