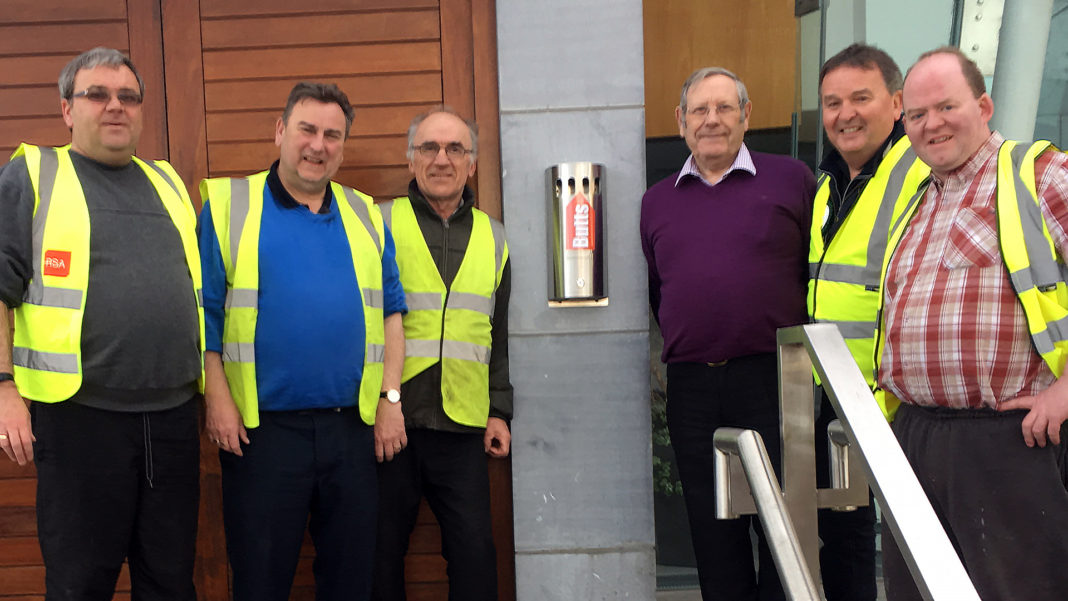 Fermoy Tidy Towns welcome the fact that the receptacles have been erected as they feel it sends out a positive message. They have extended a word of thanks to municipal district officer Pauline Moriarty, and to the staff of the court services in Mallow for getting the receptacles put in place.

Tadhg O’Donovan, secretary of Fermoy Tidy Towns Committee praised the council and the court services for their endeavours.

“Their efforts have reflected their willingness to show leadership qualities and we are hoping that this will be reflected in other business premises in the town,” he said.

Mr O’Donovan felt that this is a major boost for Fermoy Tidy Towns and for everybody associated with the fight to reduce the amount of litter in the town.

“Ultimately, our hope is that smokers will avail of the new receptacles,” he said.