The Avondhu Newspaper
Home All Opinions My Own Catherine Corless: “I hope Cork people will show solidarity by visiting UCC... 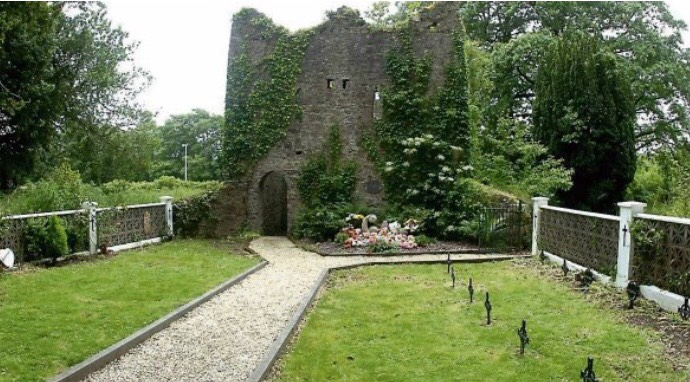 With over 800 babies missing from Bessborough, the timing of a UCC art exhibition honouring all who suffered in Ireland’s Magdalene Laundries, mother and baby homes, and industrial schools, could not be more appropriate, writes Donal O’Keeffe.

There’s a bit of a Harry Potter vibe to UCC’s Aula Maxima.

It possesses a dignity of dark, polished timber and high, vaulted ceilings, and a self-importance of chandeliers and towering bookcases, with elderly men frowning down from golden-framed portraits.

It feels like a particularly male place, and perhaps that makes all the more striking the juxtaposition of its hosting an art exhibition honouring women and children mistreated so brutally by Official Ireland.

The Aula Maxima hosts ‘Stay With Me’, an art exhibition inspired initially by the Tuam Babies, from Monday, 19 August to Friday, 23 August.

‘Stay With Me’ is the brainchild of Alison O’Reilly, the journalist who broke the Tuam Babies story, and is co-curated by Dino Notaro of Dublin’s In-Spire Gallerie.

I took a spin to Galway last week, to borrow for the exhibition a sculpture presented last year to Catherine Corless by Belgian artist Martine Sterck, an art student in Dendermonde.

On hearing the story of the Tuam Babies, Martine gave 796 mothers a ball of clay each and asked them to mould a baby shape.

In the finished piece, those 796 little clay figures are interlinked and bound together to form a bowl-shaped sculpture. It’s a gorgeous piece, and it barely fitted in the boot of my battered old car.

Catherine and her husband Aidan are lovely people, as you’d expect, and they gave me good coffee and nice biscuits, and we had a great conversation in the kitchen of their beautiful home outside Tuam.

Catherine Corless came to national and international prominence in 2014 when Alison O’Reilly’s Irish Daily Mail on Sunday report caused global shock. The world recoiled at the thought that 796 children were suspected to have been buried in a disused sewerage system on the site of the former Bon Secours Mother and Baby Home in Tuam.

O’Reilly had been inspired to meet Catherine Corless by Anna Corrigan, whose tireless search for her missing older brothers, John Desmond Dolan and William Joseph Dolan, two baby boys born in the Tuam Home in 1947 and 1950, helped spark a global scandal.

As we chatted at Catherine’s table, I found myself thinking – not for the first time – how fortunate we are to have Catherine Corless, a kind and decent woman who has literally rewritten Irish history.

If you think that’s hyperbole, think about this: Conall Ó Fátharta of the Irish Examiner has established that the Irish State already knew about the Tuam Babies, and did so at least two years before Alison O’Reilly’s story.

As Ó Fátharta wrote in 2015: “Material obtained by the Irish Examiner shows that the HSE examined both Tuam and Bessborough as part of the Magdalene Laundries inquiry in 2012.

“What it uncovered was so shocking that senior HSE figures recommended that the minister be immediately informed so that ‘a fully fledged, fully resourced forensic investigation and State inquiry’ could be launched.

“However, it would be almost another two years before an inquiry was announced, on foot of the revelations of historian Catherine Corless.

“The HSE material directly addresses infant deaths, and records that the nuns had been soliciting money from parents of children that had been discharged or died. Most shocking of all, concern is expressed that almost 1,000 children may have been trafficked from Tuam for adoption, ‘possibly in the USA’, noting that ‘this may prove to be a scandal that dwarfs other, more recent issues with the Church and State’.”

It took the work of Catherine Corless, and Alison O’Reilly, and Anna Corrigan, to make public knowledge what the State was pretending not to know.

Then, as now, powerful voices, nationally and internationally, have tried to deny the truth of what happened at Tuam.

In 2017, the State Commission of Investigation into Mother and Baby Homes reported that its excavation in Tuam had found “significant quantities of human remains” in a 20-chamber underground structure, the purpose of which “appears to be related to the treatment/containment of sewage”.

That Commission’s fifth interim report, published this April, revealed that thousands of children died in mother and baby homes, and few received proper burials. In Bessborough alone, over 800 children are missing. More than 900 babies died there, and the Commission was only able to find graves for 64 of them.

Alison O’Reilly’s exhibition, ‘Stay With Me’, will be launched at 5pm on Monday, 19 August by broadcaster Jonathan Healy, in UCC’s Aula Maxima.

Catherine Corless is the guest of honour.

“Hats off to UCC for hosting this major exhibition,” she told me. “Thank you to Alison O’Reilly, and to all the artists who have answered her call to create an art piece depicting their individual emotions towards the tragedy of Ireland’s Mother and Baby Homes and Magdalene Laundries.

“So many people have been shocked to the core by the revelations of those homes, the hostility, discrimination and injustice that the mothers endured at the hands of those in charge, and yet our struggle goes on for answers and justice, as our Government moves in slow motion, and the religious – our supposed moral leaders – remain silent.

“We simply look for an acknowledgement, an apology, and some sort of support and healing for the survivors from those homes, and we are not forgetting the dead, all the little ones who did not make it, hundreds of babies missing or in unmarked graves, and Tuam, the saddest of all, where these home babies lie in a sewage facility.

“The Bessborough missing babies, like the Tuam babies, number up to 800. How can we comprehend the reasoning behind the denial of any knowledge of burials from the Sisters who were in charge there, who saw those babies die?

“This exhibition is so necessary to survivors, for it shows solidarity and compassion, the fact that an artist would give them the time and consideration to create a masterpiece in their honour surely drives home the message that someone cares.

“I hope that Cork people will show solidarity too by visiting this major exhibition.

‘Stay With Me’ runs from Monday 19 to Friday, 23 August in UCC’s Aula Maxima. Admission is free and all are welcome.