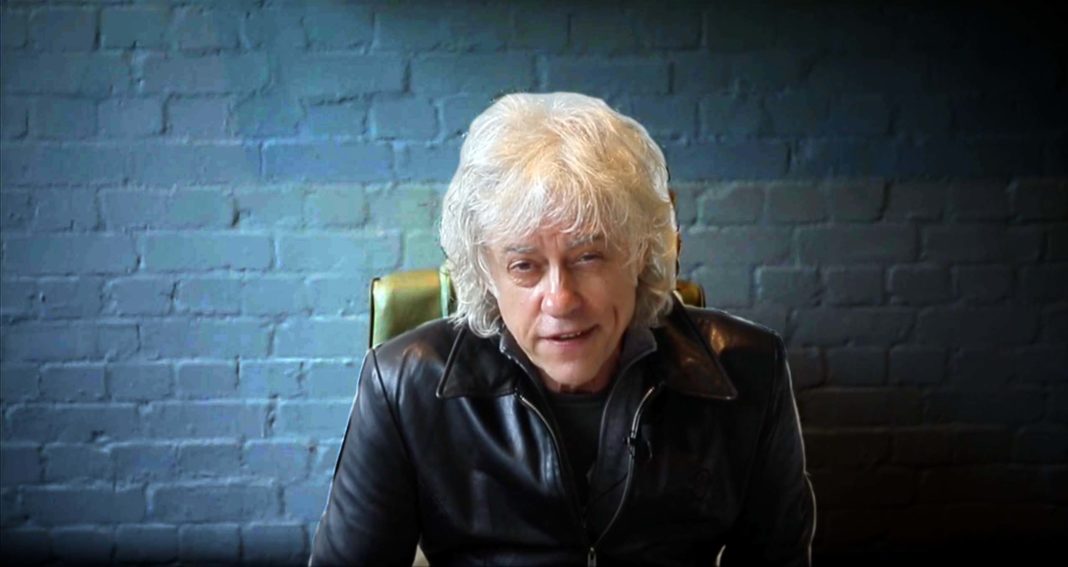 Bob Geldof has joined Irish4Europe’s #PhoneAFriend campaign. Participating in a viral video in which people list their UK Based Irish friends and family they are lobbying to register and vote remain in the forthcoming EU referendum, Geldof lists the friends and family he will be lobbying.

Tuesday, June 7th marks the deadline for people to register to vote in a referendum that will have serious consequences for Ireland and its relationship with the UK.

To register, all that is needed is a UK national Insurance number or Irish passport.

Irish4Europe is asking everybody in Ireland to touch base with their compatriots in the UK – whether it’s a friend, relative or business colleague; please get on the phone, email or social media and ask them to:

Hundreds of thousands of Irish people living in the UK have a voice in this referendum and have a lot to lose if Britain votes to leave the EU.

For security, for the economy, for the freedom to live, travel and work in the UK; we are better off with the UK as part of Europe.

Irish4Europe is deeply concerned about the damaging impact a UK exit from the EU would have on the stability of the intertwined relations and economies of Ireland, Northern Ireland and Britain.

Our two nations have worked hard over painful decades to break down barriers between us in order to reach today’s all-time high in terms of our friendship and trade partnership (£1 Billion a week between our two countries with 200,000 jobs in each country reliant on this trade). Let’s not raise barriers to this progress.

David D’Arcy of Irish4Europe said: “Our campaign asking Irish people in the UK to consider the barriers a Brexit would bring between Britain, Ireland and Northern Ireland. Our nations have worked hard through painful decades to reach an all-time high in our relations. Now is not the time for barriers.”

Find out more at http://irishforeurope.org/our-campaign/