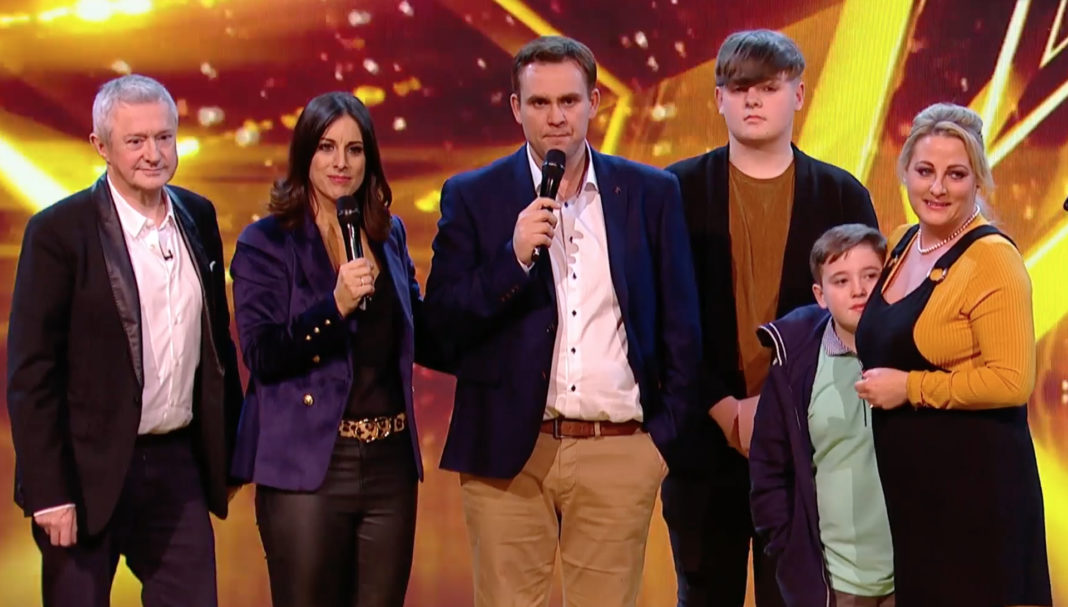 Barry Darcy, an employee at Kepak in Watergrasshill will be performing in the semi-final of Ireland’s Got Talent on this Saturday night, April 6 and is asking everyone in the locality to get behind him and vote.

The Wexford man, who is living in Youghal, was chosen by Louis Walsh as his ‘Golden Buzzer’ act which put him straight through to the semi-final.

The semi-final will be live on Virgin Media 1 at 7.30pm on Saturday and Barry is urging people to watch the show and vote for him when the lines open.

The 38 year old singer experienced a serious injury in 2014 when a herniated disk caused paralysis from the waist down.

The father of two was told at that time that he only had a 50/50 chance of ever walking again.

However, Barry remained determined and positive and with the support of his family he defied the odds and managed to get his mobility back.

Barry has been singing all his life and was an Elvis tribute act for over 20 years.

In his first audition at the Helix in Dublin, he sang ‘The Wonder of You’ and dedicated it to his wife Fiona and his sons.

Louis Walsh was moved by Barry’s determination and stunned by his vocals, and so, pressed the Golden Buzzer.

Now, Barry has a chance of continuing this amazing journey and reaching the final. All he needs is your vote.