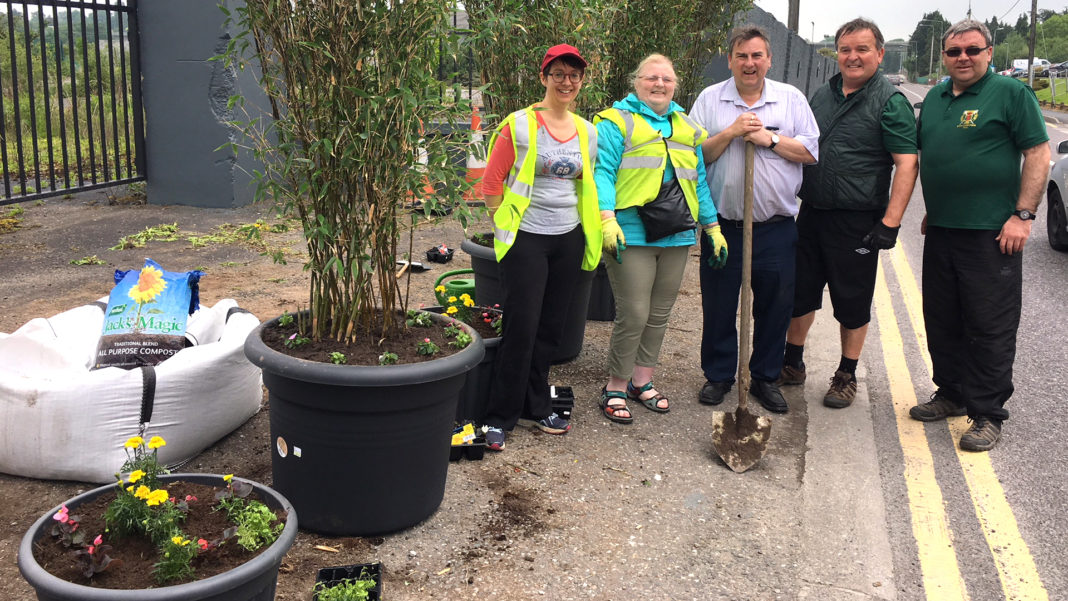 Fermoy Tidy Towns Committee were busy bees last Saturday as they worked on the second phase of improving the appearance on the approach to Fermoy from the Tallow road.

In co-operation with Cork County Council, the cones and bollards were removed from in front of the gates of the unused premises (formerly Barry's Yard) located across the road from Fermoy council buildings.

The area had become overgrown and was an eyesore in the area which Fermoy Tidy Towns Committee have been working on with a number of years. Potted bamboos encircled by begonias and other flowers, have been installed in front of the gates and the committee plan to put a mesh in front of the gates soon to improve the visual aspect of the area.

Last year the long wall was painted by the committee as part of the Cork County Council painting scheme and the removal of the bollards and addition of the new plants has made the area looks much tidier and more presentable as motorists approach Fermoy from the Tallow side on the N72.

Noel McCarthy, chairperson of Fermoy Tidy Towns Committee expressed his thanks to all the team who worked hard on Saturday.