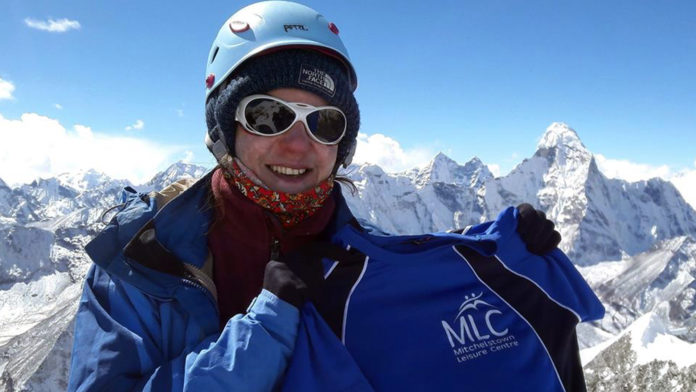 Yet another climbing goal has been achieved by Agnes Jastrzebski after she reached the summit of Imja Tse, better known as Island Peak in the Himalayas.

Agnes is well known in Mitchelstown, particularly by those who use the facilities at the Leisure Centre as she is the manager there.

Determined to reach the highest peak in every European country and with a long term goal to reach The Seven Summits – the highest mountains of each of the seven continents – Agnes set about her latest challenge.

The first part of her trip was reaching The Everest Camp. It is about a 14 day trek. It offers several breathtaking views of the Himalayan ranges, however according to Agnes, for someone who wants to climb, it is a bit 'over-rated'.

“There is no adrenaline, no technical difficulties so anyone reasonably fit can do it. You usually hike 5-9 hours every day, starting early in the morning …