Home All Opinions My Own Abortion is a local issue. One day, someone you love may thank... 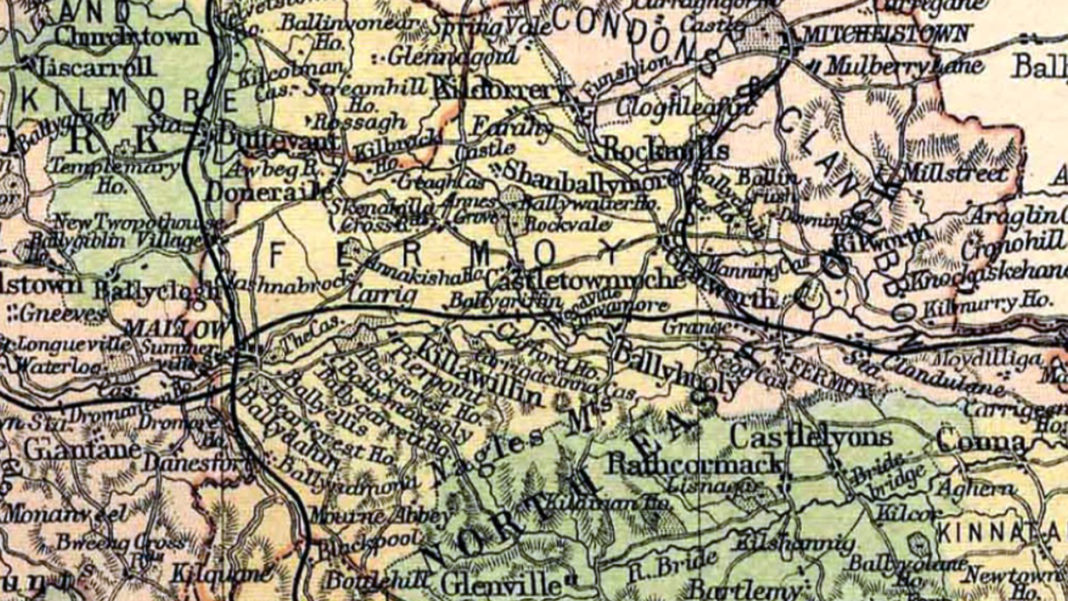 Abortion affects people in Clogheen, in Burncourt, in Glanworth, in Kilworth, in Rathcormac. This Friday, you decide whether Ireland continues to exile a dozen women a day, or whether we put an end to 35 years of cruelty and hypocrisy.

As we vote in the referendum to repeal the Eight Amendment, it’s important to remember abortion isn’t just a national issue, it’s a local issue too. It doesn’t just affect us abstractly in Ireland, it affects us in a very real sense in every town and village in the country.

As Seán Sherlock TD noted in a recent opinion piece, in 2016, 241 women and girls from Cork travelled to the UK for abortions. Other Cork women and girls took illegal abortion pills, risking 14 years in prison, and did so without medical supervision. As Sherlock put it: “you might not realise this, but you know them, those women and girls. They’re our neighbours, our friends, our cousins, our aunts, our nieces, our mothers, our sisters and our daughters.”

Other women and girls in our area – the national average is three a day – took illegal abortion pills without medical supervision. Of course abortion is a local issue.

It’s a common refrain from the No side to claim that those who favour repeal only ever talk about the ‘hard cases’, such as rape, incest or fatal foetal abnormality.

Last weekend, on RTÉ Radio One’s Saturday with Cormac Ó hEadhra, the Fine Gael TD Kate O’Connell, said she doesn’t believe there’s any such thing as ‘easy cases’. Citing a scenario where a woman or girl – for whatever reason – does not want or wish to remain pregnant, O’Connell asked how far do people wish to go to force her to have a baby.

“The reality of it is that that girl now will get on a plane,” said O’Connell, “she will go to a hospital in Liverpool. She will sit in a section designated to Irish women, she will be given HSE-branded literature to read, and she will then get tablets… she will probably leave the clinic, go into a pub toilet, insert them into her vagina, leave the pub, go in (to the hospital) for the end of the procedure, get on to a plane and haemorrhage the whole way home to Ireland. So that’s the reality of what some people would call the easy cases.”

A new, last-minute No side claim is that the Protection of Life in Pregnancy Act – which they opposed – is sufficient to deal with ‘hard cases’. It isn’t. They tried this during the Marriage Equality referendum too, claiming civil partnership – which they had also opposed – should be sufficient.

The Government’s proposed post-repeal legislation is ‘too extreme’, Breda O’Brien of the Iona ‘Institute’ claimed in Saturday’s Irish Times, and – after 35 years – a “No vote would force us, and the Government, to do better”.

If you, like the religious fundamentalists in the Iona ‘Institute’, think the proposed legislation is ‘too extreme’, the Joint Oireachtas Committee on the Eighth Amendment recommended repeal, followed by legislation to permit abortion up to 12 weeks, bringing Ireland into line with most of Europe. This would be considerably more restrictive than the UK’s 24-week limit (to which we currently condemn Irish women suffering crisis pregnancies). The 12 week cut-off point was recommended because women are taking abortion pills – which work until the end of the first trimester – and those women need medical care.

Life starts as almost nothing and – over a 9-month continuum of viability from zygote to embryo to foetus – it becomes a baby. Anti-choice campaigners claim a foetus can always feel pain, but the foetus doesn’t develop that neuro-anatomical architecture until around the 26th week of development. Worldwide, the cut-off point for abortion is usually 24 weeks. For much of the Catholic Church’s history, it said a foetus becomes a person when infused with a soul at ‘quickening’ – when the mother feels the child moving in the womb. In 1591, Pope Gregory XIV decreed quickening occurs at 166 days, or almost 24 weeks.

In an ideal world, every pregnancy would be desperately-wanted and every yearned-for baby would thrive from conception. We don’t live in an ideal world.

There is a stereotype, perpetuated by the No side, that older people are uniformly anti-repeal. In Glanworth, a man in his 80s listened intently before agreeing with me.

“No man and no law should ever have the right to tell a woman what to do with her own body,” he said quietly and firmly. In my mind, I cheered him on. And then he pulled the rug out from under me.

“And that,” he said, “is why I’m not voting. Men should have no say in this. Only a woman should decide.”

I hope he listened to my panicked entreaties to vote, that kind and decent man. I hope he will vote. If you’re like him, a man who is thinking about not voting because abortion only affects women, here are some men who disagree with you. And who certainly will vote.

If you don’t vote, or vote No, you’re ensuring the status quo, where a dozen women a day travel abroad for abortions, where three women a day risk their health and freedom, where grieving parents bring their babies home in jiffy bags, where we punish rape survivors, and where we reduce to letters of the alphabet the tragedies the Eighth Amendment causes.

If you’re sick of this debate, or feel ‘both sides are as bad’, I’ve instanced here before some of the despicable carry-on of the No side. I would ask you for one example – just one – of the Yes side indulging in dirty tricks, in lies, in cruelty. The Yes side has been honest, honourable and decent. No fake nurses, fake Nazis, fake clinics, fake websites, fake pamphlets.

I’m voting Yes on Friday, and I hope you will too. If you are undecided, then just as with the Marriage Equality Referendum, please visit the Referendum Commission website. It is an independent, unbiased source and it will give you all of the facts you need to make an informed decision.

Abortion is a local issue. One day, someone you love may thank you for your Yes this Friday.

Thank you for reading, and please, please vote Yes.