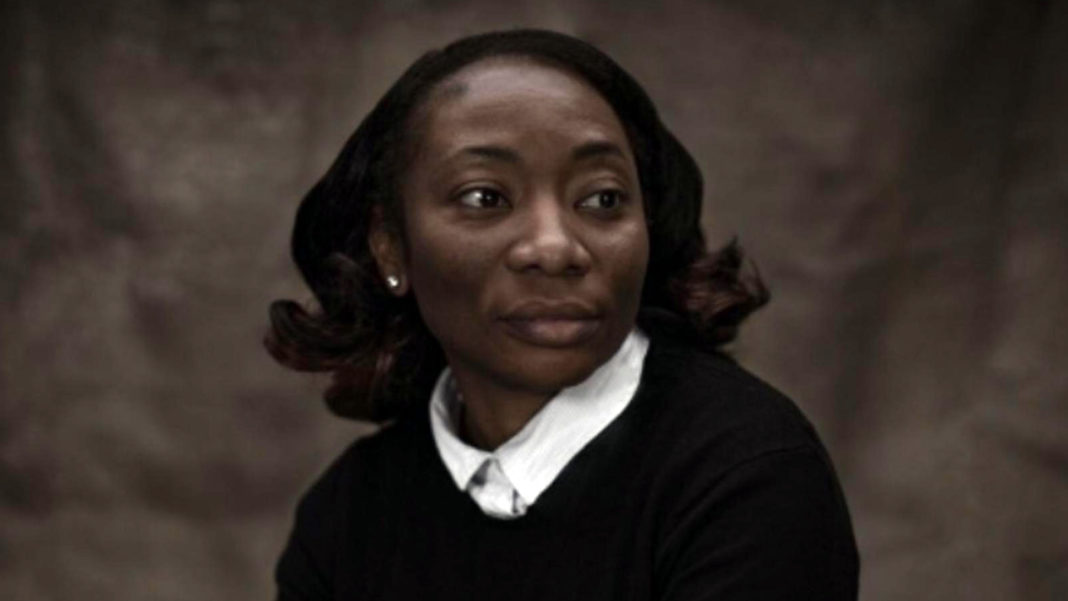 “Direct provision is like being in an abusive relationship,” writes Melatu Uche Okorie. “Abuse in itself is homogenous, no matter what race, class, or in this case the hostel of the abused.”

It is a truism that while journalism can tell you what happened, it takes fiction to tell you what it felt like. With her collection of short stories, This Hostel Life, Melatu Uche Okorie, a Nigerian-born writer living in Ireland, tells us what living in direct provision actually feels like from inside the system.

“One thing that might resonate with everybody is just the emptiness of the days,” she says. “You have long days of not doing much. Everything is repetitive, monotonous. A long day of nothing. Little things take on so much of your emotions and your energy.”

Melatu Uche Okorie was born in Nigeria and came – in 2006 – to seek asylum in Ireland with her infant daughter. They spent eight-and-a-half years in direct provision, living side-by-side with complete strangers, subsisting in utter boredom on €28.50 per week, with Melatu forbidden to work, eating when they were told to eat, using the toilet paper they were allocated, their daily lives dictated and policed by security guards.

This Hostel Life is a slim volume made up of three short stories, bookended by an introduction by the author, and by a closing essay by Liam Thornton of the UCD School of Law. The introductory essay features a 2013 diary excerpt written when the author was based in “****** direct provision hostel” and makes for difficult and upsetting reading.

“Apart from the arbitrary changes to our daily routine, the security men also try to intimidate residents like myself who they know will complain about the food options. I would usually find two of them standing directly behind me whenever I’m in the queue for food. It became obvious to me that it was a way of breaking my spirit more than anything. There are tons of cameras in ******, but I would find those security men trailing after me, sometimes, as I walk to my room.”

The three stories in the collection are each very different, with the title story written from the perspective of a Congolese woman living in a direct provision centre. Written in a pidgin Nigerian English, it portrays people reduced to gossiping and pettiness, their lives stunted by purposelessness, arcane rules and condescending officiousness.

The second story, Under the Awning, paints an uncomfortable picture of the everyday racism experienced by Africans living in Ireland today. One passage in particular jumps out.

“On the television a man was talking about how the new American President was his relative. Aunty Muna said to your mother that wasn’t it interesting that the same people who were quick to claim this black man from America were the same people who said the black girl from London could not be a Rose of Tralee, at which your mother replied, is that so. To which Aunty Muna then wondered aloud why she was even talking about the black girl from London when the African children born in this same country were not even accepted as Irish and do not hold the same passport as other Irish children.”

The third piece, The Egg Broke, is a haunting tale which stays with the reader long after the reading. It feels like a fable, with a dreamy atmosphere and a nightmarish scenario. “This story is about the killing of twins,” Melatu writes, “an old practice that was abolished sometime in the mid-1900s after religion was introduced to my village.”

Liam Thornton’s closing essay gives an authoritative history and overview of direct provision, while offering a scathing critique of the racism and cruelty which shaped the system, and the political cowardice and expediency which keeps it in place.

“The system of direct provision is a system of enforced poverty, the core purpose of which is to make Ireland a deeply unattractive location for asylum seekers … Convicted of no crime, the system of enforced dependency and institutionalisation reminds me of a crueler Ireland of the borstal, the Magdalene laundry, the mother and baby home, the mental institution.”

Direct provision was introduced at the turn of this century, when Ireland had 10,938 asylum applications. It was promised initially that asylum-seekers would not stay in direct provision longer than six months, but the average stay is 23 months, and many people spend years in the system.

As ever, context is everything. Direct provision was introduced at a time when Ireland had 10,938 asylum applications. Asylum applications peaked in 2002 at 11,634. By way of contrast, in 2017, we had 2,927 applications. Ahead of the 2002 General Election, Cork North Central Fianna Fáil TD Noel O’Flynn described asylum seekers as “spongers, freeloaders and conmen”. O’Flynn topped the poll.

In 2004, we had the Citizenship Referendum. With the 27th Amendment, we decreed that children born in Ireland are no longer Irish, if their parents are not Irish. In a country founded on the myth of “cherishing all the children”, at a time when we never had more money, a turnout of 60% passed the referendum by an overwhelming 80%.

There are currently 4,947 people living direct provision, approximately one third of them children. That’s roughly 1,000 people more than we have in actual prison. Applicants receive full board, and a weekly allowance of €21.60. Up until very recently, no-one in direct provision was allowed to work. Direct provision costs us €67 million per year. It is a system which profits on human misery, and for the private companies running direct provision centres, it is big business.

Melatu Uche Okorie is a gifted writer and an important new voice, a voice telling Ireland truths we would rather pretend we don’t already know. This Hostel Life is a powerful work, and hopefully only the first of many from this author. Anyone with a conscience about how our country treats vulnerable people, should read this book. Anyone with a love of literature and truth will find it a rewarding and moving experience.

As part of the West Cork Literary Festival, Melatu Uche Okorie will read from This Hostel Life and have a conversation with Donal O’Keeffe in the Bantry Bookshop at 11.30am on Friday, 20 July.

This Hostel Life is available online from Skein Press.