The Avondhu Newspaper
Home All Opinions My Own A compelling, compassionate portrait of an ordinary woman born a boy 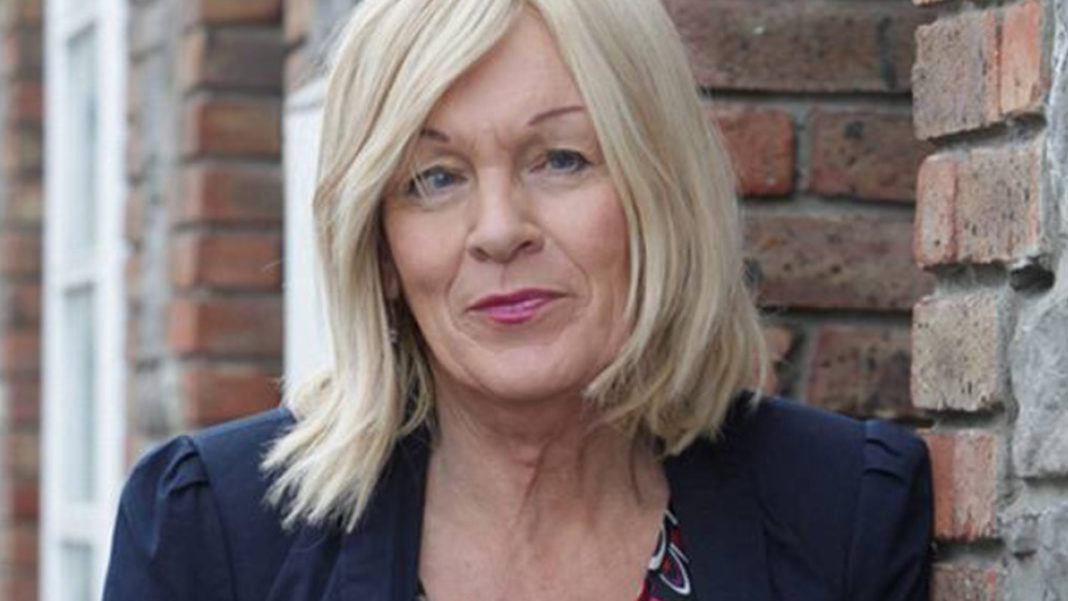 “Who you see in front of you is Louise Hannon. I was born male, but never felt comfortable – ever –as male. So, today, who you see is the female me.”

In 2011, Louise Hannon became the first transgender person to use the Employment Equality Act to win a case against an employer on the grounds of gender discrimination. Her landmark case became a key influence on the drafting of the 2015 Gender Recognition Act.

“Gender is totally different from sex, or sexual attraction,” Louise tells Finné. “Your gender is how you present to the world, and I am so much more comfortable presenting to the world as Louise Hannon, as female, than I ever was in any kind of male persona.”

Louise was born male, an only child, on a County Antrim farm. She remembers playing with the older neighbouring children, the Gallagher girls. The little boy Louise was then tended not to play or interact with boys. Louise was close to her father, a loving, kind man, but she was mistreated by her mother, a highly-strung, unhappy woman. When Louise was eight, her mother caught her dressing in her mother’s clothes.

As Louise got older, she says, the need to be herself became ever stronger. The rural Ireland of the 1950s and 1960s in which Louise grew up was harsh, rigid and deeply conservative. Homosexuality would remain criminal until 1993, and anyone who was different faced a hard life.

Against a montage of lurid 1960s and 1970s newspaper headlines, Finné plays the unmistakable opening chords of Lou Reed’s groundbreaking 1972 Walk on the Wild Side.

“I’d read stories about various people, people we know now were transgender,” Louise says. “They were salacious, they were derogatory, they were very demeaning, as were articles about anyone who was gay at that time. Realistically, you didn’t want anything to do with anyone like that.”

Louise felt she had little choice but to accept that she was just different, and to get on with her life. Her mother sent her to agricultural college, and in the 1970s, Louise’s beloved father took ill. Louise returned home to run the family farm. She says she doesn’t regret that, as it gave her father six more years of life, but she hated farming.

Trapped in a man’s body, and trapped in a rigid, unforgiving society, Louise married. Very soon, she knew she had made a terrible mistake, but by then it was too late. In time, their relationship would deteriorate, and the marriage ended.

Moving eventually to Dublin in 2002, Louise got a job driving a truck for a company called First Direct. Having come to realise that she was a woman, she planned to save up for her transition operation.

In October 2006, Louise told her managing director that she was transgender and would be leaving the company the following May because she didn't think a transport firm “would be comfortable with it”. The MD, however, encouraged her to stay in the job, so Louise returned the next day dressed in female clothing. She was then told she would have to work the phones as male, and she would have to talk to customers as a man.

In March, 2007, Louise changed her name by deed poll to Louise Hannon, renouncing her birth name. Her work environment becoming unbearable, she was asked to work from home.

Despite several requests from her to return to the office, she was refused on the grounds that her presence “caused a bad atmosphere”. On July 19, 2007, she was told by the MD that he was not happy with her work. Louise left the company at the end of the month, claiming she had been constructively dismissed.

She took a case to the Equality Authority.

Louise was diagnosed as having Gender Identity Disorder, a psychiatric condition in which a person believes they were born in the wrong gender.

The Equality Tribunal found that Louise Hannon was discriminated against by her employer on the basis of gender and disability, and awarded her €35,422.71 plus interest from her former employer.

The Finné documentary is a deeply compassionate work, painting a very vivid portrait of Louise Hannon, not as a freak or a pervert, or as an aberration, but rather as a very ordinary person. I don’t mean that as an insult. We are all ordinary. That’s what makes us extraordinary. Scenes from Louise’s life are re-enacted beautifully, with Peadar MacDonnacha playing Louise as a boy and Seán Mistéal plays Louise in later life. Both actors do fine and sensitive work in honouring their subject.

I re-read Neil Gaiman’s The Sandman fantasy series recently, specifically the sequence A Game of You. In it, the protagonist, Barbie, herself struggling to break free from being the living embodiment of an infantilised ideal of womanhood, relies upon the support of her closest friend, a pre-operative trans-woman named Wanda. If you’re not familiar with the story, I would urge you to read it.

At a crucial point in Gaiman’s narrative, Barbie’s friends resort to witchcraft to rescue a comatose Barbie from her dreams. To do so, they use menstrual blood to call down the power of the moon (I said it was a fantasy series.). Wanda is excluded from the ritual because, she is told bluntly, she is a man.

Wanda tells George, a horrible, dead creature and a voice of orthodoxy, that she is not a man.

“Listen, I’ve had electrolysis. I’m taking hormones. All that’s left is just a little lump of flesh, but all that doesn’t matter. Inside I’m a woman.”

George tells Wanda that even if she had the operation, it wouldn’t matter, as “it’s chromosomes as much as anything” and “gender isn’t something you can pick and choose as far as gods are concerned.”

Wanda replies angrily that she knows what and who she is, and she specifies precisely where the gods can put their opinions.

I won’t spoil the book, except to say that it’s a sad and ultimately very kind story, and even in the worst crisis, Wanda’s decency and heroism are never in doubt.

We live in a time of great societal change. Some people, some of them friends of mine, find the very concept of fictional characters like Wanda, and the existence of real people like Louise, to be deeply offensive. Some people, not all of them TERFs, (Trans-Exclusionary Radical Feminists), are at best baffled and at worst disgusted that people who were born one gender can claim to be another. I will never, so long as I live, understand their unkindness.

I am not a woman, and thus it is hardly in my gift to declare one way or another who is or is not a woman. I think, though, in the end, everything comes down to imagination.

In the end, we are who we think we are. Who else could we be?

In the end, we are all just stories.

In the end, only kindness matters.

Finné: Louise Hannon airs 9.30pm, Wednesday 10 October on TG4, and is repeated at midnight on Monday 15 October, also on TG4. The programme will be available on the TG4 Player.