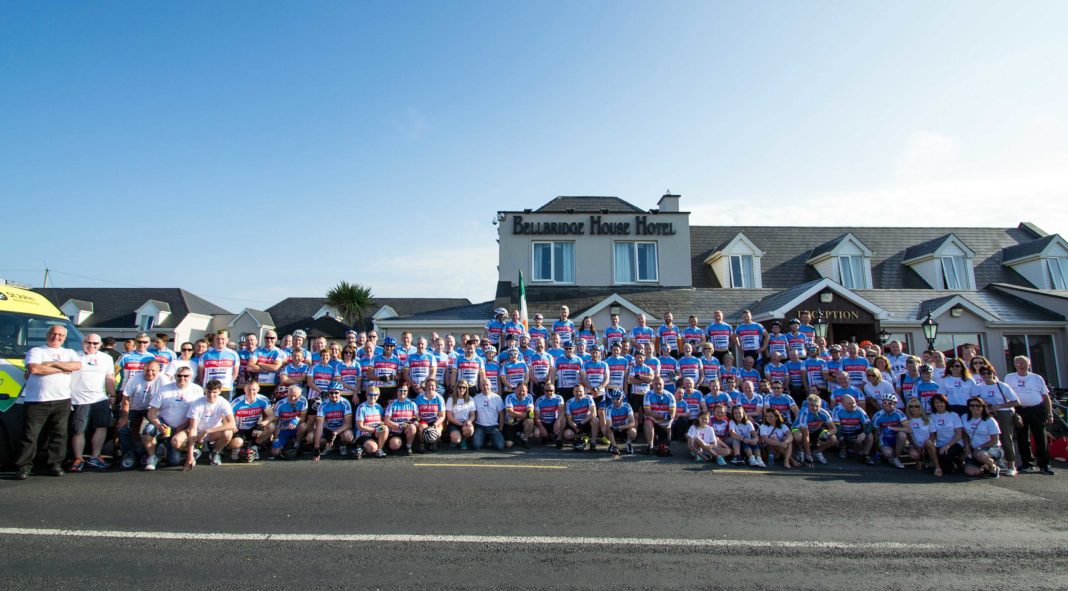 On Saturday last, more than 120 cyclists (pictured above courtesy of Kay Caplice) from The Avondhu area took to the saddles to raise funds for St Joseph’s Foundation through the Better Life Cycle 2016 Point to Point Challenge.

There were cyclists from local clubs in Kilbehenny, Mitchelstown, Kildorrery, Kilworth, Fermoy and Anglesboro, as well as people from Cork, Tipperary, Offaly and Limerick.

Cyclists opted for the challenging 175km route or the slightly less grueling 100km option, starting and finishing in Spanish Point and taking in the beautiful scenery of County Clare along the way.

While the committee have yet to count the proceeds, it is hoped that the cycle will raise over €40,000.